Lesbians dress boy as a girl for facebook pic. 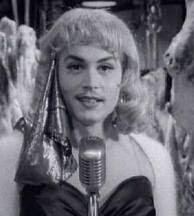 And just how is a boy supposed to learn how to become a man with two lesbians as "parents"? Isn't it common sense to see the link between gay "parents" and sexually confused children? Will I be condemned as a "heterosexist" for stating to obvious? Will I be called a sexist for stating that there are differences between men and women? Who was afraid to say that it was wrong to place children in this immoral, lesbian household?

"...A SIX-year-old boy placed in the care of a lesbian foster couple was dressed in girl's clothes and the humiliating pictures were posted on the couple's Facebook page.

One of the women was preparing for a sex change to become a man at the time, while her girlfriend was undergoing fertility treatment...."