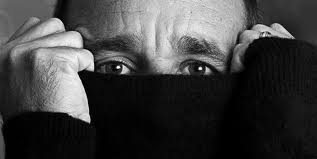 The subject of this story confirms my observations about the origins of homosexuality; the classic story of the emotionally unavailable and distant father and the intrusive, overbearing mother.

"I don't want to be a target for gay activists," he says as we head out into the misty day. "Harassment like that I just don't need."

"It turns out that I didn't have the faintest idea what love was," he says. That's not all he didn't know. He also didn't know that his same-sex attraction, far from being inborn and inescapable, was a thirst for the love that he had not received from his father, a cold and distant man prone to angry outbursts, coupled with a fear of women kindled by his intrusive and overbearing mother, all of which added up to a man who wanted to have sex with other men just so he could get some male attention. He didn't understand any of this, he tells me, until he found a reparative therapist whom he consulted by phone for nearly 10 years, attended weekend workshops, and learned how to "be a man."

"...But Aaron scoffs at these notions, insisting that his wish to go straight had nothing to do with right-wing religion or politics—he's a nonobservant Jew and a lifelong Democrat who volunteered for George McGovern, has a career in public service, and thinks George Bush is a war criminal. It wasn't a matter of ignorance—he has an advanced degree—and it really wasn't a psychopathological thing—he rejects the idea that he's ever suffered from internalized homophobia. He just didn't want to be gay, and, like millions of Americans dissatisfied with their lives, he sought professional help and reinvented himself...."