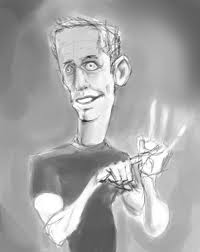 Yet again I offer proof that "tolerance" is a one-way street in the glbt community.

In any conflict between two entities, the wrongdoer wants to silence his opponent, but the person who is right wants his opponent to speak, so that all may see where his opponent is wrong. For example...

"...Just this past May, Savage demanded that a Canadian politician “Suck my d***, John.” That politician’s crime? He held an opposing position on the gay agenda. Five months earlier, in a single Newsweek article, Savage said “F**K John McCain,” and called Supreme Court Justice Antonin Scalia a “c**ksucker.”

And the anti-bullying activist has no qualms about trying to bully media outlets into removing conservative voices from the air. In 2010, he told CNN’s Kyra Phillips:..."

My supporting info is here.
Posted by Mantronikk at 5:38 PM