Is SSM in New York legal? 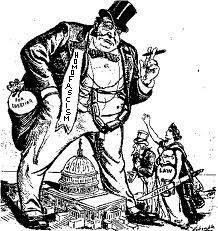 I've never seen a Governor sign a new law into existence so fast. It appears that the legislature of New York illegally cut a few corners to redefine marriage and bypass the vote of the people.

I think that people are starting to see the difference between race and sexual behavior when the glbt community compares the definition of true marriage to the historic oppressions suffered by African-American people in the United States.

“...At the very least, the procedure for passage of same-sex marriage in the New York Senate contravenes the principles underlying the constitutional provisions noted above. Those provisions attempt to secure an open, transparent and deliberative process. By contrast, the procedure followed to get the same-sex marriage bill through as quickly as possible was characterized by secrecy, curtailed discussion and top-down control. The important changes to the bill's religious exemption were not only not explored at any length, but the attempt of Senator Ruben Diaz to ask questions about these provisions (which had only become public a few hours before) was completely foreclosed. ...”

The facts that show how the legislators of New York broke some little-known laws to redefine marriage are here.
Posted by Mantronikk at 1:31 PM