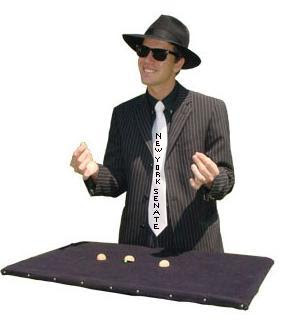 Politicians are so homophobic (afraid of the gay community) now, that they will break the law to show how gay-friendly they are. This is how same-sex "marriage" became legal in the empire state.

“...King explained that turmoil on the Senate floor erupted after senators discovered that they were barred from explaining their votes. Same-sex “marriage” proponent and Democrat Senator Kevin Parker, who disclosed what happened at the Senate to the Gazette, was one of them.